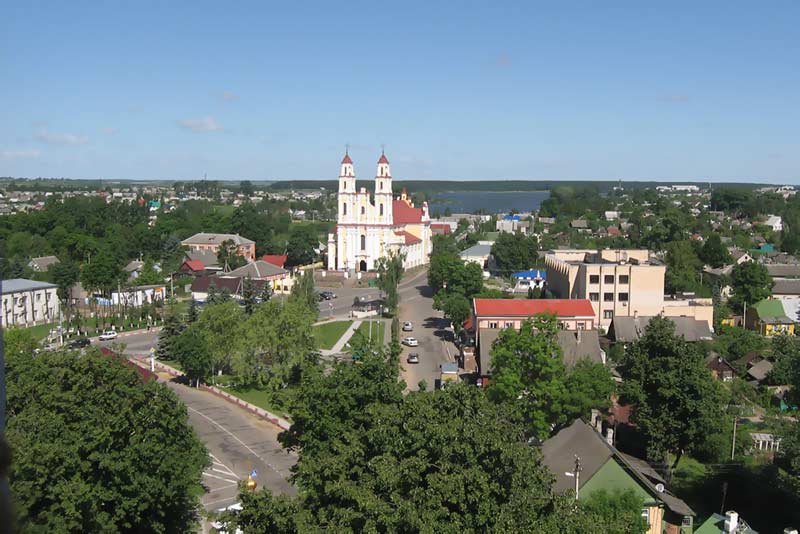 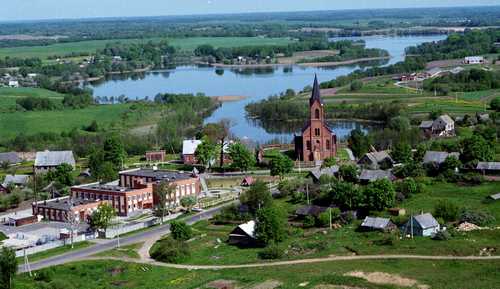 The town was first mentioned in 1065 as a castle in the border of the Polatsk Principality with the Lithuanian tribes. Archaeologists excavated a Viking settlement in the village of Maskachichy not far from the town. They think that Viking mercenaries were used as dependable border guards. In the 14th century, Braslaw was incorporated into the Grand Duchy of Lithuania and, in fact, became an important fortification near the disturbing line with the Livonian Order in the 14 – 15th centuries. In 1500, Alexander Jagiellon privileged the townsfolk with a limited self-administration right and the coat of arms. In 1506, the castle was presented to the widowed queen Yelena Ivanovna, the daughter of Ivan III of Russia and wife of Alexander Jagiellon, who founded here an Orthodox Christian nunnery. The town was much developed thanks to its praepostor Lev Sapeha and the king Stanis?aw August Poniatowski.
In 1795 - 1919, Braslaw was occupied by Russia. According to the Treaty of Riga, it became Polish. In 1939, it was appended to the Belarusian Soviet Socialist Republic.
Since 1920s, Braslaw was developed as a cheap summer resort. In 1995, it accommodated the main office of the National Park of the Braslaw Lakes.

— Very good, and the flowers very fresh and well cared for, and the delivery without any problem 10.02.2022, Gesarta