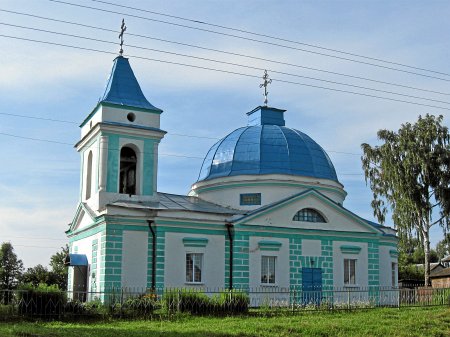 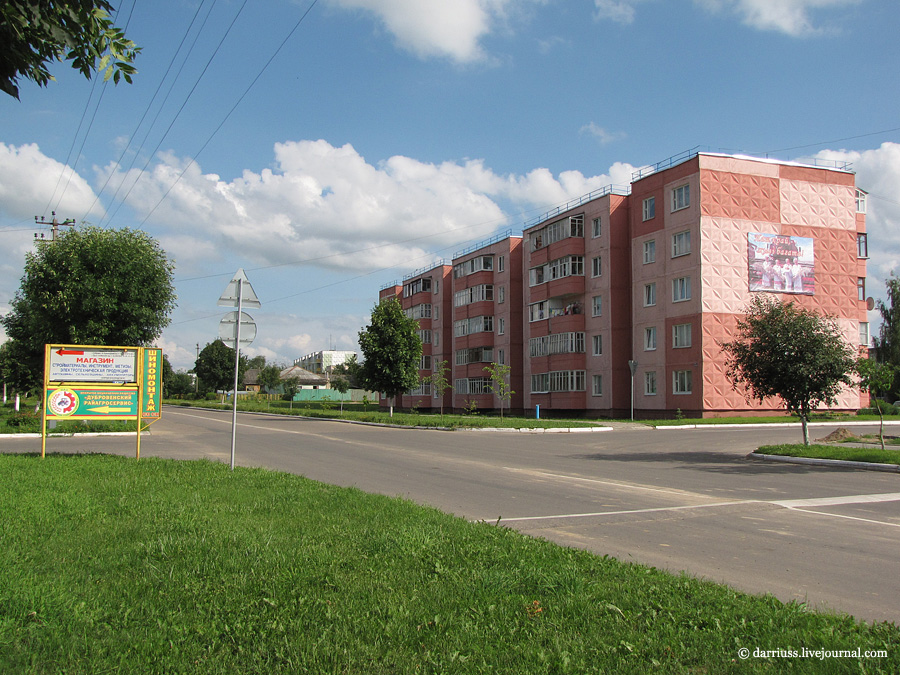 Dubro?na (Belarusian Дуброўна) or Dubrovno (Russian: Дубровно) is a small town on the Dnieper River. The toponym originates from a Proto-Slavic term for an oak forest, which may explain the inclusion of oak leaves and acorns in the town's coat of arms. Dubro?na is the administrative centre of the Dubro?na Raion of the Vitebsk Voblast in northern Belarus. In the 19th century Dubro?na was a centre for weaving. The town had a significant Jewish community that in 1898 formed more than half of its population.
During World War II Dubrovno was heavily affected. It was occupied by German forces July 17–20, 1941, and the town's Jews were killed. It was the scene of considerable partisan activity. From October 1943 to June 1944 it was at or near the front line, and was not finally reoccupied by Soviet forces until June 26, 1944.
Dubro?na hosts an annual folk song and dance festival, "Dnepr voices in Dubrovno".