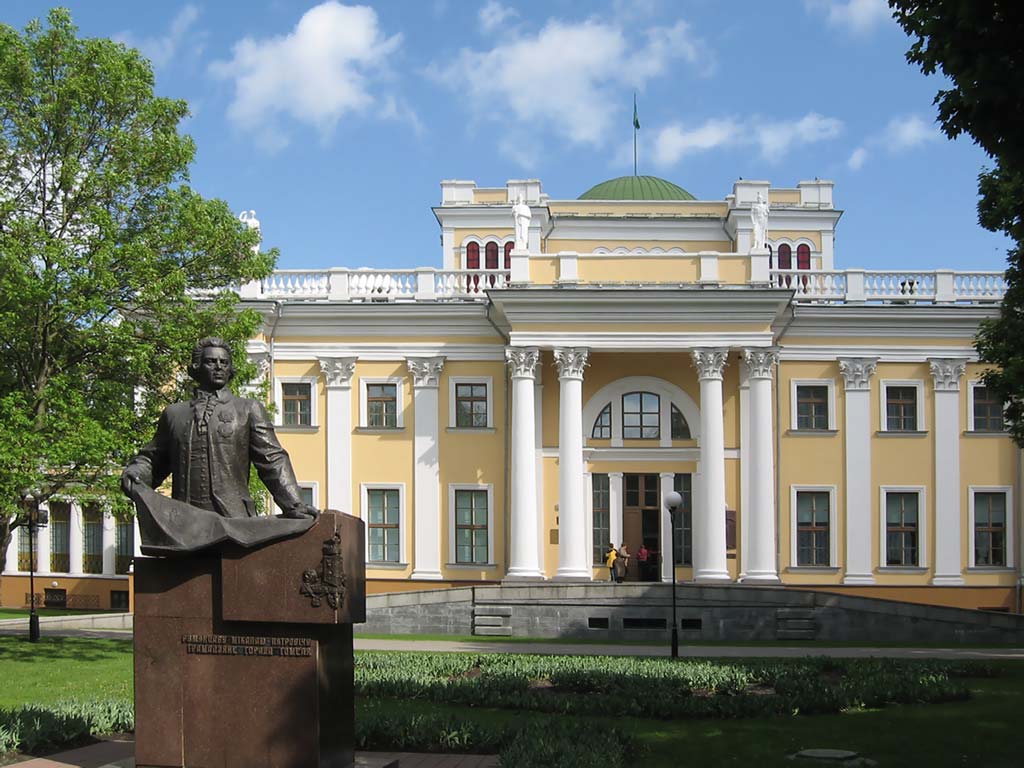 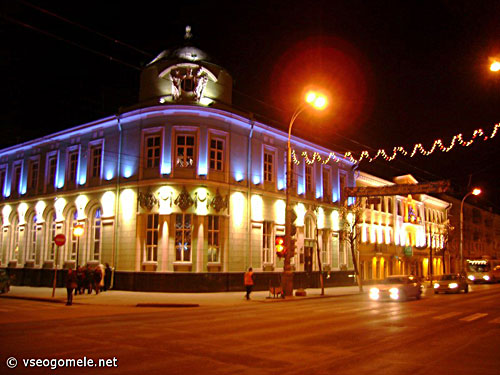 There are at least six versions of the origin of the city’s name. One of the best known is that the name is derived from the name of Gomeyuk stream, which flowed into the Sozh river near the foot of the hill where the first settlement was founded.
In 1335 Gomel region was joined to the Great Duchy of Lithuania by Algirdas. In 1335–1406 it was under the ownership of prince Patrikiy Narymuntovich and his sons, in 1406–1419 the city was ruled by Great Duke's deputies, in 1419–1435 it belonged to prince Svitrigaila, in 1446–1452 to prince Vasiliy Yaroslavich, in 1452–1483 to Mozhaysk prince Ivan Andreyevich, in 1483–1505 to his son Semyon, who transferred Gomel to the Grand Duchy of Moscow. During the Second Muscovite-Lithuanian War of 1500–1503 Lithuania tried to return Gomel and other lands, transferred to Moscow, but suffered defeat and lost one third of its territory. In 1535 Lithuanian forces under Yu. Radzivill, Ya. Tarnovskiy and A. Nemira re-captured Gomel after the surrender of Moscow's deputy, D. Shchepin-Obolenskiy. In the same year Great Duke of Lithuania Sigismund K?stutaitis founded the Gomel Starostwo. In reference to the peace agreement of 1537 Gomel together with its volost remained a Lithuanian possession. In 1535–1565 Gomel is the centre of starostwo, from 1565 Gomel is in the Rechitsa Powiat of the Minsk Voivodeship. In 1560 the city's first coat of arms was introduced. In 1569 Gomel became part of the Polish-Lithuanian Commonwealth. From this moment the city has become the arena of numerous attacks and battles between Cossaks, Russia and Polish-Lithuania Commonwealth. In 1572 Gomel Starostwo was given to B. Sapega. At the beginning of 1570s Gomel was captured by the forces of Ivan the Terrible, but in 1576 it was re-captured by J. Radziwi??. In 1581 Gomel was again attacked by Russian troops, and in 1595–1596 it was in the hands of Severyn Nalyvaiko's Cossaks. After the beginning of struggle against the Orthodox Christianity in Lithuania the Orthodox Nikolayevskiy Cathedral was closed by the order of Greek Catholic Eparch Josaphat Kuntsevych in 1621. In 1633 the city was besieged by the Cossaks of Bulgakov and Yermolin, in 1648 was captured by the Golovatskiy's Cossak detachment, in 1649 by Martyn Nebaba's detachment. After that Gomel got through several besieges in 1651 but in 1564 was captured by Ivan Zolotarenko's detachment. He and his sons had been holding the city till 1667 and then they began to serve under Alexis of Russia, however, after the Truce of Andrusovo Gomel at last returned to the Polish-Lithuanian Commonwealth, where it firth belonged to M. K. Radziwi?? (Radzivll) and then till the annexation by the Russian Empire – to the Czartoryski family. During the Great Northern War Russian forces under Aleksandr Danilovich Menshikov stood in Gomel. In 1670 Gomel got the Magdeburg rights. Towards the middle of the 17th century the city came to crisis mainly due to struggles mention above. It suffered a lot of damage, population severely decreased, a lot of crafts disappeared.