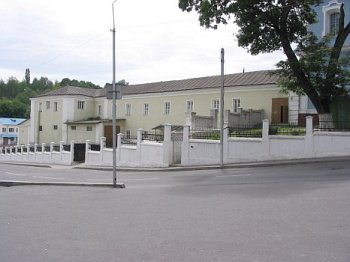 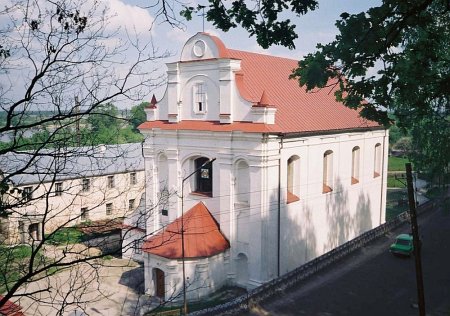 Mazyr is one of the oldest cities of historical Ruthenia. First mentioned in mid-12th century as part of Duchy of Vladimir, and then the Duchy of Kiev. In 13th century it was conquered by the Grand Duchy of Lithuania. Initially a small settlement, in 15th century it was donated to Duke Micha? Gli?ski, who converted it into a town. The city received town rights (Magdeburg Law) first from king Stefan Batory in 1577 and then from king Sigismund III of Poland in 1609. Despite having been destroyed by Russian forces twice (in 1525 and 1654), the city continued to grow and following the Union of Lublin it became a major administrative and trade centre, as well as a seat of a powiat ("county" office and court). In 1648 there was a conflict during the Khmelnytsky Uprising. Between 1723 and 1726 the Jesuits created a school in Mozyr under auspice of the Academy of Vilna. Following the suppression of the order in 1773 the school was secularised and continued to exist as a gymnasium. Among its most famous graduates are Edward Piekarski (linguist) and W?adys?aw Mazurkiewicz (physician).
In 1793, following the Partitions of Poland, the town was annexed by Russia and its town rights were again confirmed in 1795. In 19th century the town grew rapidly, mostly because of the Russian Pale of Settlement policy that allowed Jews to settle only in the lands once held by the Polish–Lithuanian Commonwealth. Because of that Mozyr grew to over 10 thousand inhabitants by the end of the century, most of them Jewish.
During the Polish-Soviet War of 1920 the town was captured by the Polish Army in the so-called Mozyr Operation. Polish 9th Infantry Division captured the city in a swift and daring manoeuvre that earned its commanding officer, Col. W?adys?aw Sikorski (later Prime Minister of Poland) a promotion to general. In the course of the war the town was briefly recaptured by the Bolshevists, but in the aftermath of the battle of Warsaw it was again recaptured by the Polish forces of Gen. Stanis?aw Bu?ak-Ba?achowicz, who proclaimed a short-lived     Belarusian People's Republic on November 12, 1920. However, in the Riga Peace Treaty it was assigned to Bolshevist Russia and became part of the Belarussian SSR. Since 1938 the town was a seat of Polesie region, however in 1954 it lost that status and was administratively attached to the region of Homyel.

— Very good, and the flowers very fresh and well cared for, and the delivery without any problem 10.02.2022, Gesarta