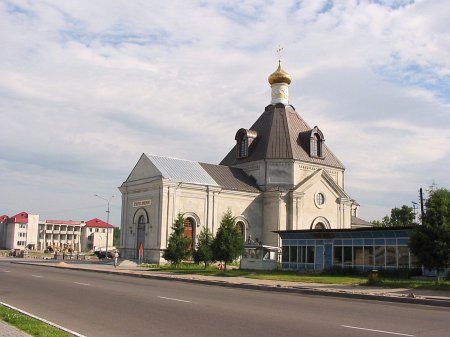 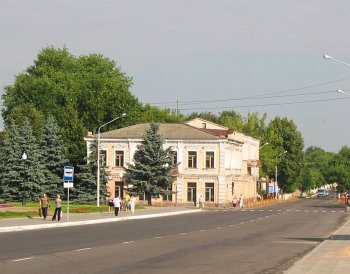 Re?yca is one of the oldest towns of Belarus. First settlements in this region are dated back to the epoch of mesolite (9–5th centuries B.C.). Later on the area was inhabited by the Dregovichi tribe. The town was first mentioned in the Novgorod chronicle in 1213 as a town of the Chernihiv Principality. Re?yca was also ruled by Kiev and Tura? Grand Dukes. At the time of Gediminas reign (1311–1341) the town was annexed to the Grand Duchy of Lithuania. Re?yca as well as Orša, Šklo?, Mahilio?, Stary Bycha? and Raha?o? formed a well-developed frontier defense system at the River Dniepr.
1392–1430 – the reign of Grand Duke Vytautas. He constructed a fortified castle with five towers in the area of the detinets (old Belarusian for the downtown) on the bank of the Dniepr. At that time the town had three fortification lines in the form of water trenches and ramparts with bastions. In the area between the fortress and the second fortification line there was a territory for rich mansions, Church of the Order of Friars Preachers and a trade square. The town inhabitants settled lived between the second and third fortification lines. The construction of the town had clear right-angled forms.
In 1561 the town was partially granted the Magdeburg rights. In the middle of the 17th century Re?yca was practically destroyed during the Cossack war of 1648–1651. After the Truce of Anrusovo the town became a part of Rzecz Pospolita. In 1793 Re?yca joined Russia and became an used center of the Minsk province.
The first permanent town plan of Re?yca was approved in 1800. During the Napoleon Wars in 1812 the town was a temporary residence of the Minsk governor.

— Thank you all for the hassle free delivery of the flowers and chocolates to my wife visiting in Novopolotsk. You are all just awesome! Spasiba Bolshoi! (hope i got that right) - Al 24.11.2021, Al Moulhiem