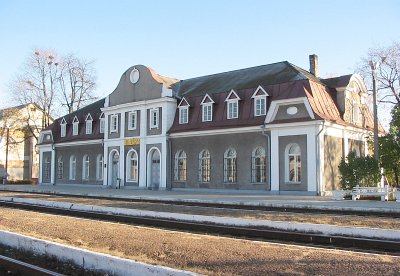 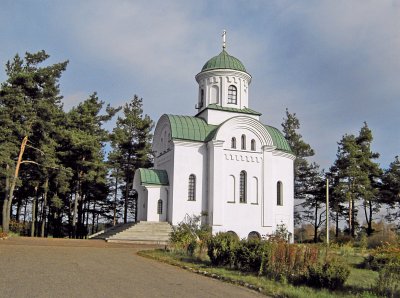 In the 10th–13th centuries, the territory was under the Principality of Polotsk, and in XIV-XVII under Grand Duchy of Lithuania as manor house Kurenets. The town was first mentioned in 1460 as a borough center of the Vileyka Starostwo of the Ashmyany county in Grand Duchy of Lithuania.
1635 - W?adys?aw IV Vasa bestowed Vileyka upon Aleksander Korwin Gosiewski "for exclusive service to the state".
1765 - Vileyka has 30 houses, 165 inhabitants, and became a county center.
1793 - during the Second Partition of Poland the town is ceded to the Russian Empire.
1795 - under the decree of Catherine II of Russia the town receives the status of a city and becomes a center of Vileyka uyezd in Minsk Governorate, then Vilna Governorate (1842–1917).
1810, May 24 - almost the entire city is destroyed by the fire.
1861 - 2931 inhabitants, 1880 – 3450, by the end of 19th century - more than 3500 inhabitants.
1906 - big sawmill started.
1907 - the city acquires a branch of Warsaw – Saint Petersburg Railway and a city station.
1915, September 14 - occupied by the German Army, but several days later recovered by the Russian Army during the Sventiany Offensive.
1917, November 8 - Soviets come to power during the October Revolution
1918, December - occupied by German Army
1919 - as a result of Polish–Soviet War the city falls under Polish rule, becoming the center of the Wilejka county in Wilno Voivodeship (1923–1939)
1939 - annexed back to Soviet Union in accordance with the conditions of the Molotov–Ribbentrop Pact. Becomes the center of the Vileyka Voblast of BSSR.
1941, June 26 - the town was is occupied by Nazi Germans, who massacre over 15,000 civilians, including 6,972 Jewish people and destroy the town. Several hundred people, mostly Polish political prisoners, sick and wounded, are executed prior to the departure of the occupying Soviet guards on June 24, 1941.[citation needed] 1941, July 12 and 30 - German SS forces murder all Jewish citizens in Vileyka (over 500 people).
1944, July 3 - Russian Army liberates the town from the Nazi German occupiers in the context of Operation Bagration.
1944 - the center of the Vileyka Raion.
1954 - furniture plant started.
1959 - repair plant started.
1973 - "Zenit-BelOMO" optical plant started
1973 - Vileyka reservoir started
1998 - Vileyka hydropower station started